According to a Market Research Future report, the North American cannabis market could grow at a compound annual growth rate of 33 percent through 2021, with the U.S. industry representing 95 percent market share. The North American market includes the U.S., Canada, and Mexico.

“Rapid legalizing and growing awareness about the medicinal properties of marijuana to boost the market over the forecast period,” the analysts wrote in a press release. “Marketing activities for marijuana has been primarily challenged by the consumer perception and stringent federal policies.”

In the U.S. and Mexico cannabis remains illegal on a federal level. The same applies in Canada, however it is expected that the federal government will announce a plan to legalize adult-use nationwide in the spring.

According to an ArcView Group market research report, the U.S. market last year reached $6.7 billion, a growth of 30 percent. 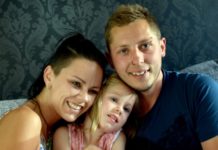