The use of medicinal cannabis is to be reviewed, which could lead to more prescriptions of drugs made from the plant, the home secretary has said.

The decision was prompted by recent high-profile cases of children with severe epilepsy being denied access to cannabis oil to control seizures.

But Sajid Javid stressed the drug would remain banned for recreational use.

Charlotte Caldwell, whose son Billy has severe epilepsy, welcomed the decision after campaigning for change.

Speaking to the House of Commons, Mr Javid said the position “we find ourselves in currently is not satisfactory”.

He said the cases of Alfie Dingley and Billy Caldwell had made him conclude it was time to review the use of cannabis for medicinal purposes.

The review would be held in two parts, Mr Javid told MPs. The first will make recommendations on which cannabis-based medicines might offer real medical and therapeutic benefits to patients.

In the second part, the Advisory Council on the Misuse of Drugs will consider whether changes should be made to the classification of these products after assessing “the balance of harms and public health needs”.

He said: “If the review identifies significant medical benefits, then we do intend to reschedule [change the rules].”

He also announced that Alfie, from Kenilworth in Warwickshire, was being issued with a licence to receive cannabis-based drugs. The six-year-old has a very rare form of epilepsy that causes up to 150 seizures per month,

His family had originally applied to the government in April, saying his condition improved after using cannabis oil in the Netherlands.

Meanwhile, Billy, 12, from County Tyrone, was granted a 20-day licence for the drug last week after doctors made clear it was a medical emergency.

He was admitted to hospital after his seizures “intensified” following his supply being confiscated at Heathrow Airport.

His mother Charlotte, speaking after Mr Javid’s statement, said: “Common sense and the power of mothers and fathers of sick children has bust the political process wide open and is on the verge of changing thousands of lives by bringing our medicinal cannabis laws in line with many other countries.”

But she added that while it was a “clearly largely positive” announcement, “we still want to hear the details”.

Ms Caldwell also revealed that she has been asked to be on the panel of experts set up on Monday by the government to assess individual applications for cannabis oil.

Currently, anyone wishing to use a drug containing a controlled cannabis-based substance must apply to the Home Office for a licence – a process that Labour MP Andy McDonald, whose son died as a result of epilepsy, has described as “tortuous” and “painful”. Each application is considered on its merits.

Lady Meacher, who chairs the all-party parliamentary group for drug policy reform – which two years ago called for cannabis-based drugs to be legalised – said the move was a “no brainer” which could benefit many people.

She said: “About one million people, probably, could benefit from medical cannabis – people with severe pain, obviously children with terrible epilepsy.

“There are 200,000 people in this country with uncontrolled epileptic seizures; MS sufferers, people with Parkinson’s, people with cancer.

“So there are just so many people who must be celebrating today, and I’m celebrating with them.”

She compared cannabis with morphine, and said it was “much, much safer, less addictive and has much, much less in the way of side effects”.

Amid the noise of politics, this row is a reminder of the power of desperate human stories and the power of a new arrival at the Home Office who has repeatedly shown his willingness to do the job his own way.

Imagine, for a moment, the anguish of the families of Alfie Dingley and Billy Caldwell. The pain of a parent seeing their son suffer.

And then having to walk outside the hospital door and front a political campaign.

A matter of months ago, there was no prospect of a shift in the law.

On the Windrush saga, on immigration, and now on medicinal cannabis, Sajid Javid is a home secretary putting his own stamp on the role.

The UK’s drugs regulations currently divide drugs into five “schedules”, each specifying in what circumstances it is lawful to possess, supply, produce, export and import them.

Cannabis is currently a Schedule 1, meaning it is thought to have no therapeutic value and therefore cannot be lawfully possessed or prescribed, but can be used for the purposes of research with a Home Office licence.

Drugs in Schedules 2 and 3, such as methadone, can be prescribed and therefore legally possessed and supplied by pharmacists and doctors.

One cannabis-based drug called Sativex, containing CBD and the banned THC – has been licensed in the UK to treat MS and is a Schedule 4.

But Mr Javid added that the move to review medicinal cannabis use was “in no way a first step to the legalisation of cannabis for recreational use”. Patients prescribed Sativex, who resupply it to other people, face prosecution.

That followed calls from former Conservative leader Lord Hague, who said the government should consider legalising the recreational use of cannabis.

But NHS England chief executive Simon Stevens said it was important not to confuse the debate “without at the same time reminding ourselves that there are some genuine health risks” associated with smoking cannabis.

Does cannabis have medicinal benefits?

Cannabis contains different active ingredients and experts say some of them might be therapeutic for certain patients.

THC or tetrahydrocannabinol is the part that makes people feel “high”, but CBD or cannabidiol is another component found in cannabis that scientists are interested in understanding more about as medical treatments.

CBD-based treatments have shown some promising results for reducing seizures in children with severe epilepsies.

Medical trials of cannabis-based medicines have largely focused on pharmacological preparations, but some parents of children with epilepsy have been buying oils containing CBD and THC.

There is currently little scientific evidence on the safety and effectiveness of these oils as a treatment for epilepsy, although they do contain the same active ingredients.

Some health food shops sell CBD oils as food supplements. These have low levels of active ingredient and are legal to buy in the UK.

It is vital that you talk to your doctor or health professional before making any changes to your epilepsy medication. 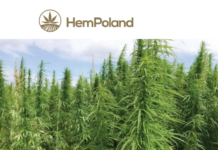