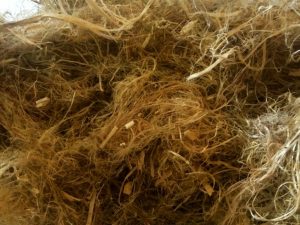 World’s largest conference on industrial hemp in Wesseling, Germany, 21-22 May: More than 200 participants from 39 countries at the 11th International Conference of the European Industrial Hemp Association (EIHA)

It was the largest hemp conference worldwide that took place in the last 20 years. More than 200 leading experts of industrial hemp from 39 countries – active in investment, agriculture, processing and manufacturing of final products – convened at the “11th International Conference of the European Industrial Hemp Association (EIHA)”, 21-22 May 2014, in Wesseling near Cologne, Germany. This record participation is in line with the growth of the industry.

Currently, hemp is cultivated on 17,000 ha in the EU, the largest area since 10 years, with a growing share of seed production. Industrial hemp is grown today in at least 13 Member States.

Industrial hemp is well known for its strong fibres, which are increasingly used in the European automotive industry for the reinforcement of interior plastic parts, as well as for environment-friendly insulation material and cress growing fleeces. Cigarette paper is often made with hemp fibre cellulose. The woody core of the hemp plant, the shivs, is used for animal bedding and garden mulching, with lime in house construction and in lightweight particle boards.

Hemp seed and oil are a nutrition powerhouse, an excellent source of several critical mineral nutrients and vitamins. Its oil has an outstanding fatty acid spectrum; its protein is balanced and easily digested. Their nutritional composition is very much in line with several major trends in the science and marketing of food.

But also Europe reached a new record in Hemp seed production with 9,000 t in 2013. Combined with imports from China, the consumption increased to a new record of 17,900 t. In contrast to North America, 80% were used for fish and bird feed, and only 20% for food.

With Canada starting to produce also fibres and the U.S. legalising the cultivation of industrial hemp state by state, new records are expected for the next years – for hemp seeds as well as for fibres.

As soon as hemp fibres will be available globally, in Europe, China and North America, they will become more and more attractive to the globally acting automotive industry. In addition, European hemp fibres will soon be probably the first natural fibre with a sustainability certification worldwide. The Board and General Meeting of the European Industrial Hemp Association (www.eiha.org) decided to undertake a certification under the well-established ISSC PLUS scheme.

Next to fibres, shivs and seeds, this year a new topic arises: Cannabidiol (CBD), a by-product from industrial hemp, shows high therapeutic and financial potential without any relevant side effects.

THC, the well-known cannabinoid responsible for the psychotropic as well as several pharmaceutical effects, exists only in very low concentrations in industrial hemp (< 0.2%). In recent years, interest has been increasing in the therapeutic potential of another cannabinoid, which does not cause any psychotropic effects and even in high doses does not cause any relevant side-effects: Cannabidiol (CBD) is the primary cannabinoid of industrial hemp, present in concentrations in the range of 0.5 to 2% in the upper third of the plant. There is potential for therapeutic use in a large number of diseases and symptoms, including anxiety disorders such as post-traumatic stress disorder, psychosis, epilepsy, dystonia, diabetes, cancer, inflammatory diseases, Alzheimer’s disease, skin diseases, hepatitis, obesity as well as ADHD (attention deficit/hyperactivity disorder). CBD can be utilized parallel to the hemp fibres and shivs, giving an extra income.

Many scientists, companies and farmers show increasing interest in the medicinal and financial value of this cannabinoid. A few numbers will show why CBD is so interesting and inspires the imagination of investors and farmers: As a by-product of industrial hemp cultivated for fibres or seeds, around 3 kg CBD per ha can be extracted from flowers, leaves and stems. The market price of pharmaceutical CBD today is between 20,000 and 30,000 €/kg. Also with relevant harvesting, drying and extraction costs, there is potential for an attractive extra profit for the farmers.

At the conference, the leading European pharmaceutical producers of THC and CBD presented the latest trends in CBD production and marketing: The British company GW Pharmaceuticals announced that the U.S. Food and Drug Administration (FDA) has allowed the conduction of clinical studies with Epidiolex, their new cannabis extract containing cannabidiol as active ingredient. Speaker James Brodie said that it is intended for use in treating children with Dravet syndrome, a rare and severe form of infantile-onset, genetic, drug-resistant epilepsy syndrome.

Speaker Tjalling Erkelens from the Dutch company Bedrocan, which is producing several strains of cannabis flowers to be prescribed by Dutch physicians under the guidance of the Health Ministry of the Netherlands, talked about the intention to add a CBD rich variety to their four varieties currently available.

Finally Prof. Gianpaolo Grassi from the Italian Industrial Crop Research Centre CRA-CIN showed  plant breeding possibilities that can be used to improve pharmacological properties of cannabis with focus on Cannabidiol.

It is expected that the developments in Europe will follow the U.S. trend: In many States of the U.S. a large number of CBD products are available, including CBD tinctures with very high CBD contents, CBD oils, CBD chewing gum, other products ready for use, and cannabis seeds, which yield cannabis plants with high CBD.

Proceedings available for EIHA members only

Join EIHA (www.eiha.org) in order to get access to the conference presentations and 400 additional presentations, studies and statistical data of the growing industrial hemp industry.

Organizer of the “11th International Conference of the European Industrial Hemp Association (EIHA)”, was again the nova-Institute, which also holds the executive office of EIHA. EIHA itself is developing well with a continuously growing number of members, meanwhile 10 regular members (processors) and 80 associate members from 23 European countries and 17 additional countries outside Europe.